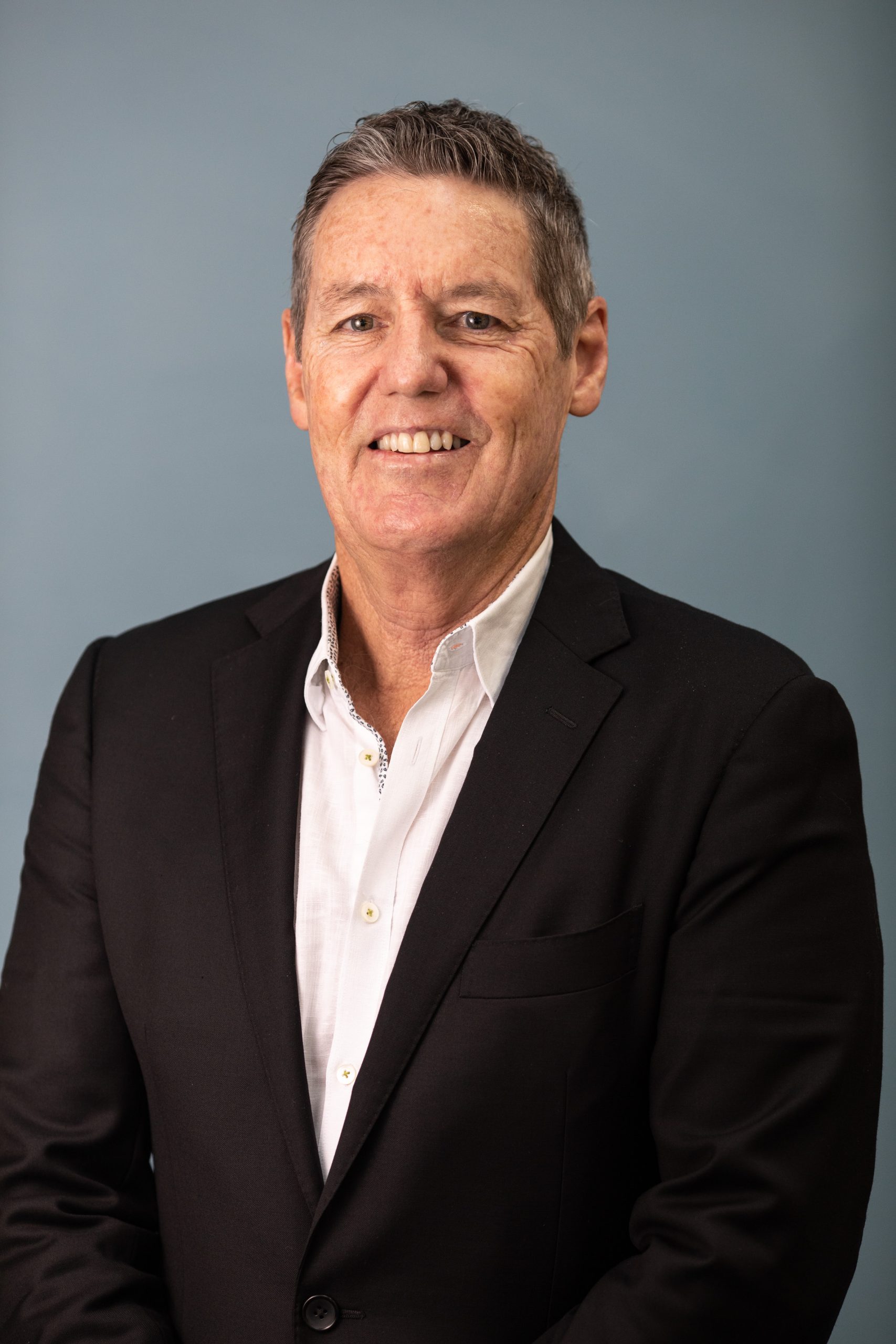 Quote: ‘I have been impressed with the commitment to rural and regional Australia and contribution that has been made by the dedicated team at Rural Aid in such a short time. I believe that Rural Aid has a fantastic vision and mission and I am very keen to do whatever I can as a Director to assist the organisation to build on its capability to provide support to rural communities and businesses, that are in need, whatever the circumstances’. 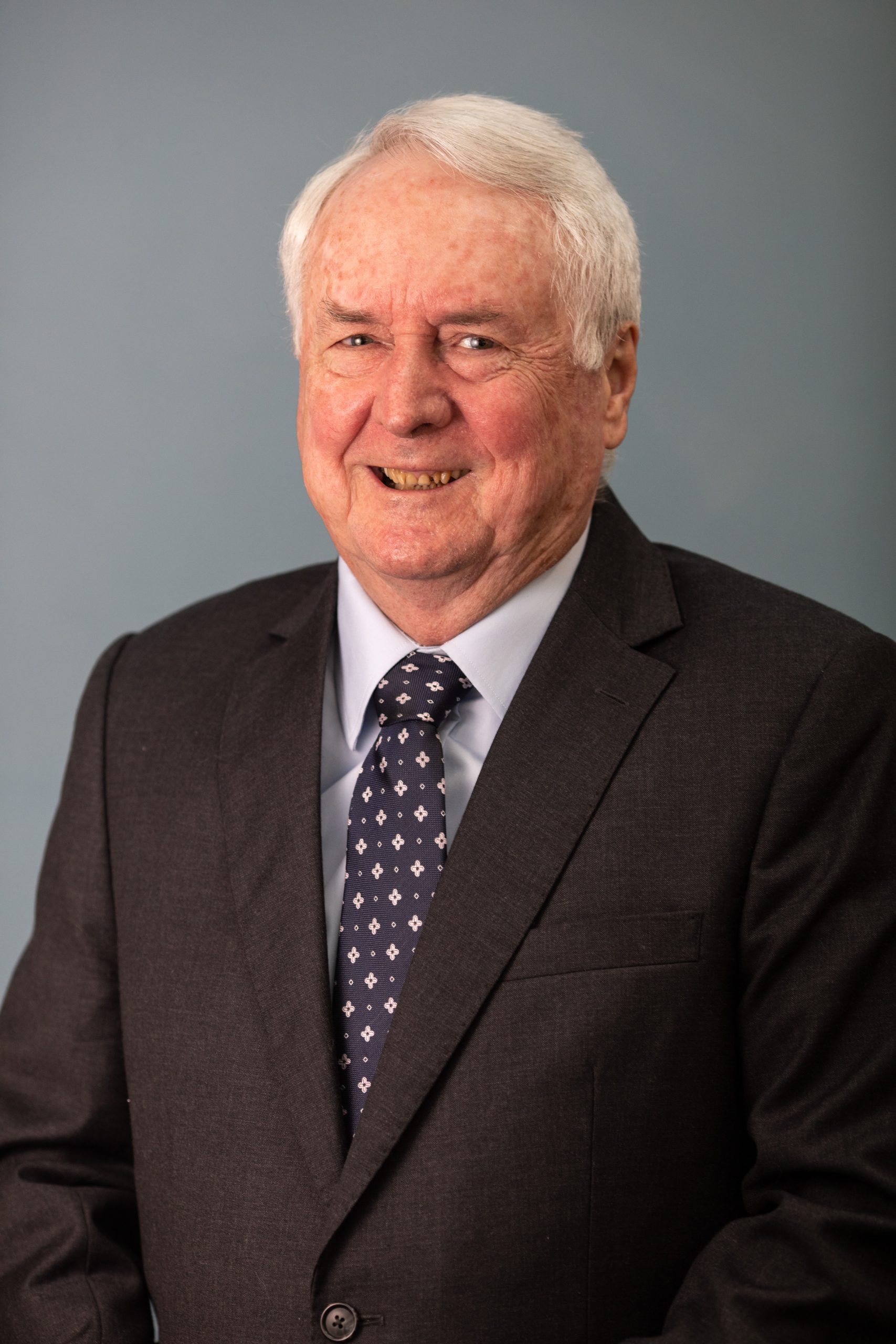 Barrie is a former Commissioner of the Australian Securities and Investments Commission (ASIC). Previous positions include; Director of Corporate Development and Operations – Office of the Commissioner for Corporate Affairs and South Pacific Audit Manager – Shell Group of Companies. Barrie has been an active member of CPA Australia and was a Director on the Board of CPA Australia for 3 years. Since leaving ASIC, he has held board positions on listed and unlisted public companies and not for profit companies operating in Australia and overseas. He continues to hold Board positions. Barrie is the Chairman of four Compliance Committees and has delivered presentations on Corporate Governance and Ethics and Risk Management, Directors’ Duties and Corporate Social Responsibility. He was a regular presenter for CPA Australia and Institute of Practising Accountants on these topics.

Quote: ‘My decision to support Australian farmers through Rural Aid was that our farmers needed to know that we (the silent majority) supported them in their endeavours and times of need. Our support must assist in ensuring that Australia has a vibrant and thriving agricultural industry. Rural Aid’s programs for farming families must be real, timely and make a difference to their everyday lives’. 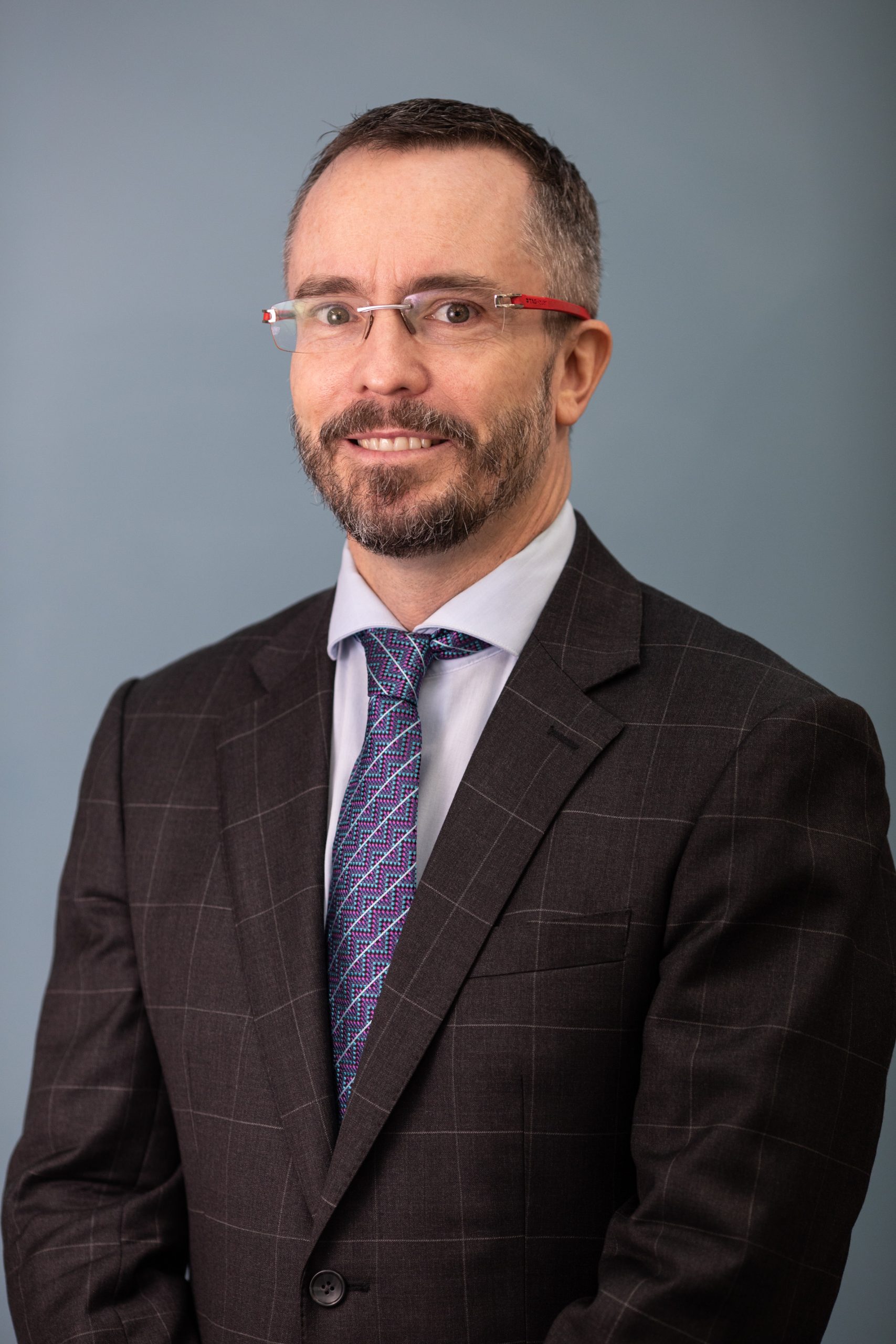 Trent is a co-leader of McCullough Robertson lawyers Food and Agribusiness group. He is recognised as a committed and passionate legal specialist for the agricultural sector. Trent has over 14 years’ experience acting for food and agribusiness clients in a wide range of commercial matters, including complex commercial disputes, corporate & regulatory matters, negotiations, alternative dispute resolution and major pastoral property transactions.His skills in alternative dispute resolution, and as an advocate, are widely acknowledged. He has conducted international arbitrations, lengthy trials in Queensland and acted for major agribusiness entities, large property developers, multinational resource companies, major Government Owned Corporations and large corporate entities.Trent’s experience also includes seeking urgent interlocutory injunctions, defending and prosecuting class actions and resolving licensing and regulatory disputes.Trent has provided advice to clients across a range of industries.

Quote: ‘Rural Australia is such a critical part of the Australian social fabric, and it rarely receives the support it deserves and requires. I will always lend a hand to advance the interests of people in the rural sector. Through many important initiatives, Rural Aid has been supporting people in the bush for years, and I wanted to be part of a charitable organisation that will continue to make a difference’. 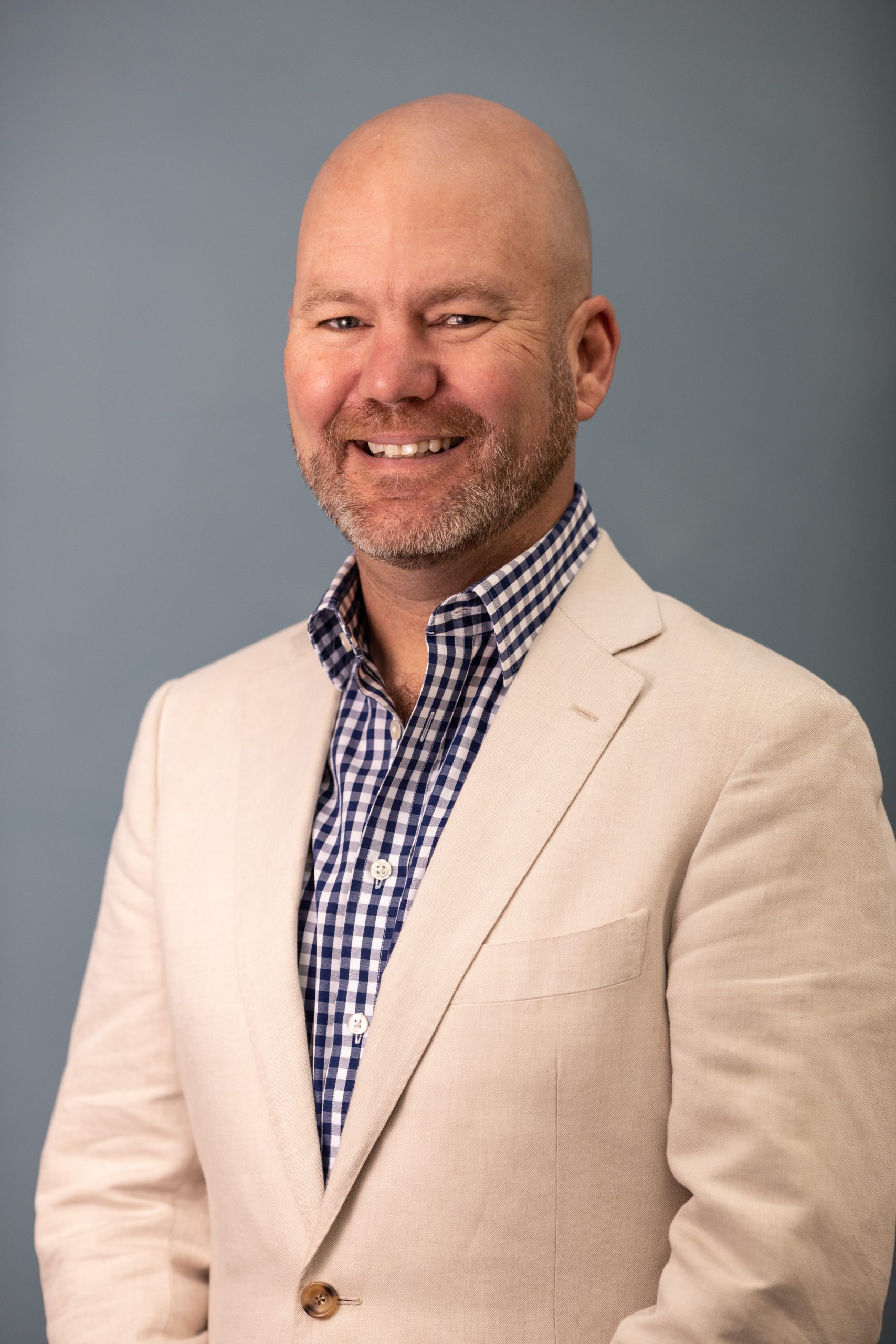 Andrew is the Executive Director and CEO at the Insurance Council of Australia. His previous roles have included Executive General Manager, Corporate Affairs for Commonwealth Bank of Australia; Director Corporate and Public Affairs, Woolworths; Federal Director, National Party of Australia; and Media Adviser to the Hon Warren Truss (former Deputy Prime Minister of Australia). Andrew’s expertise has been recognised with admission to the Arthur W. Page Society and inclusion in the International Top 50 Corporate Affairs Professionals list. He has also been acknowledged as one of the Top 50 Outstanding LGBTI Leaders in Australia for his work in leadership roles, diversity and equality campaigns. Andrew has extensive experience in governance, both in the corporate and not-for-profit sectors and currently serves on the boards of The Avner Pancreatic Cancer Foundation and Equality Australia. He began his professional career as a journalist at the Grafton Daily Examiner where his passion for understanding and pursuing the needs of rural and regional Australia was ignited.

Quote:‘I’ve been inspired by the spirit behind establishing Rural Aid – that sense of determined selflessness to help others when things are tough. I believe these reflect those enduring values of resilience and community which regional Australia is known and admired for. I hope I can help Rural aid achieve its purpose, and through that contribute to a stronger and secure future for rural and regional Australia’. 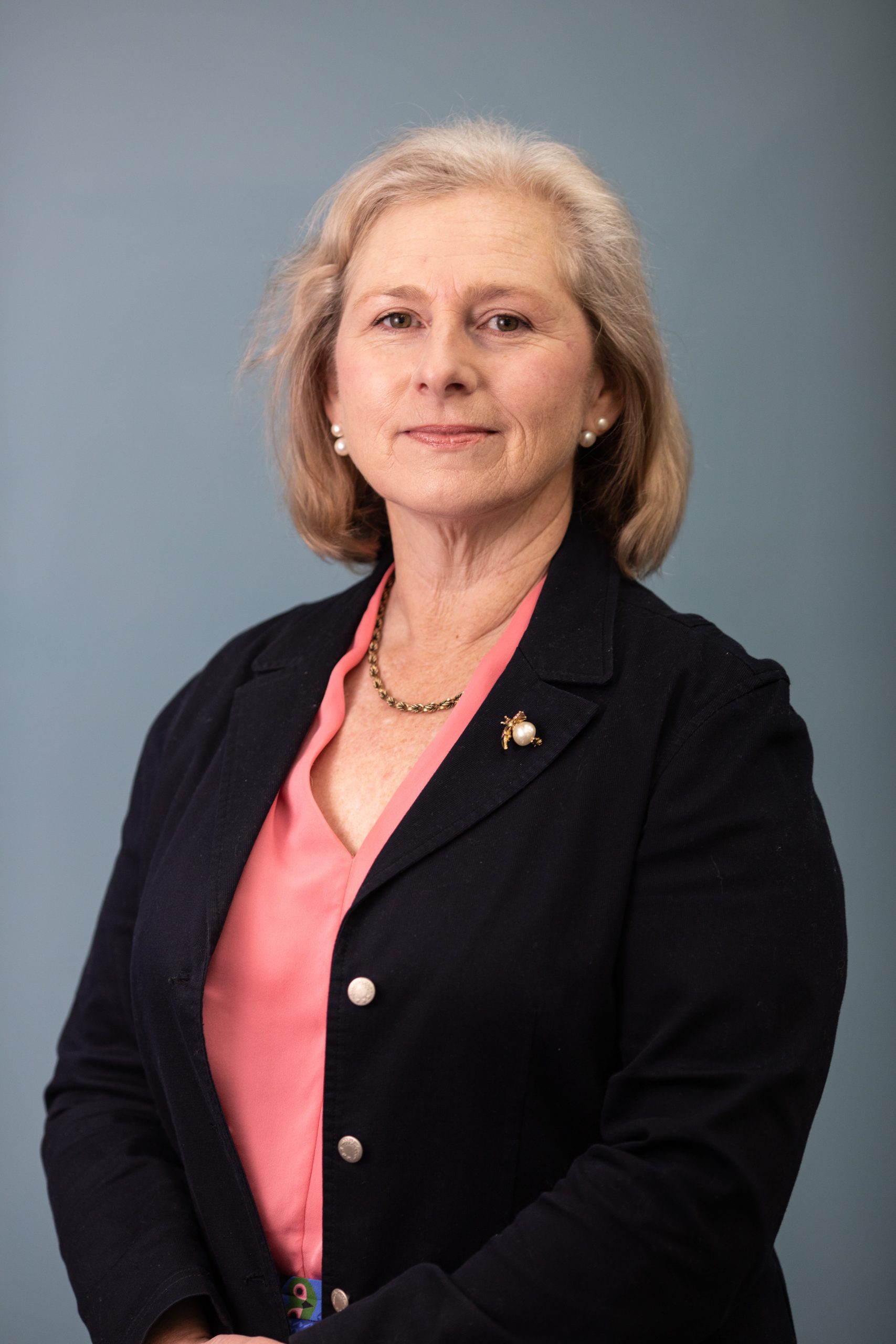 Sarah has twice been a NSW Finalist in the Telstra Business Women’s Awards (Corporate & Private – 2016 and 2017). She is a Director, Company Secretary and Chair of the Membership Committee of Ag Institute Australia, committed to promoting the advancement of Australian agriculture and natural resource management. Sarah is a specialist in the animal health, agriculture and veterinary industries and the former Commercial Director and Director of Commercial Excellence (SANZA Region) at Virbac. Her core competencies include organisational transformation; leadership through volatility and change; commercial acumen; risk mitigation and the execution of commercial strategy. She is also a volunteer mentor in The University of Sydney Women’s Mentoring Program and the Institute of Managers and Leaders Member Exchange.

Quote:‘I am particularly drawn to Rural Aid’s focus on proactivity in risk mitigation, and on projects which improve the viability of farms. This is where I’d like to bring my experience in leadership and strategic thinking to find innovative, people-centred solutions’. 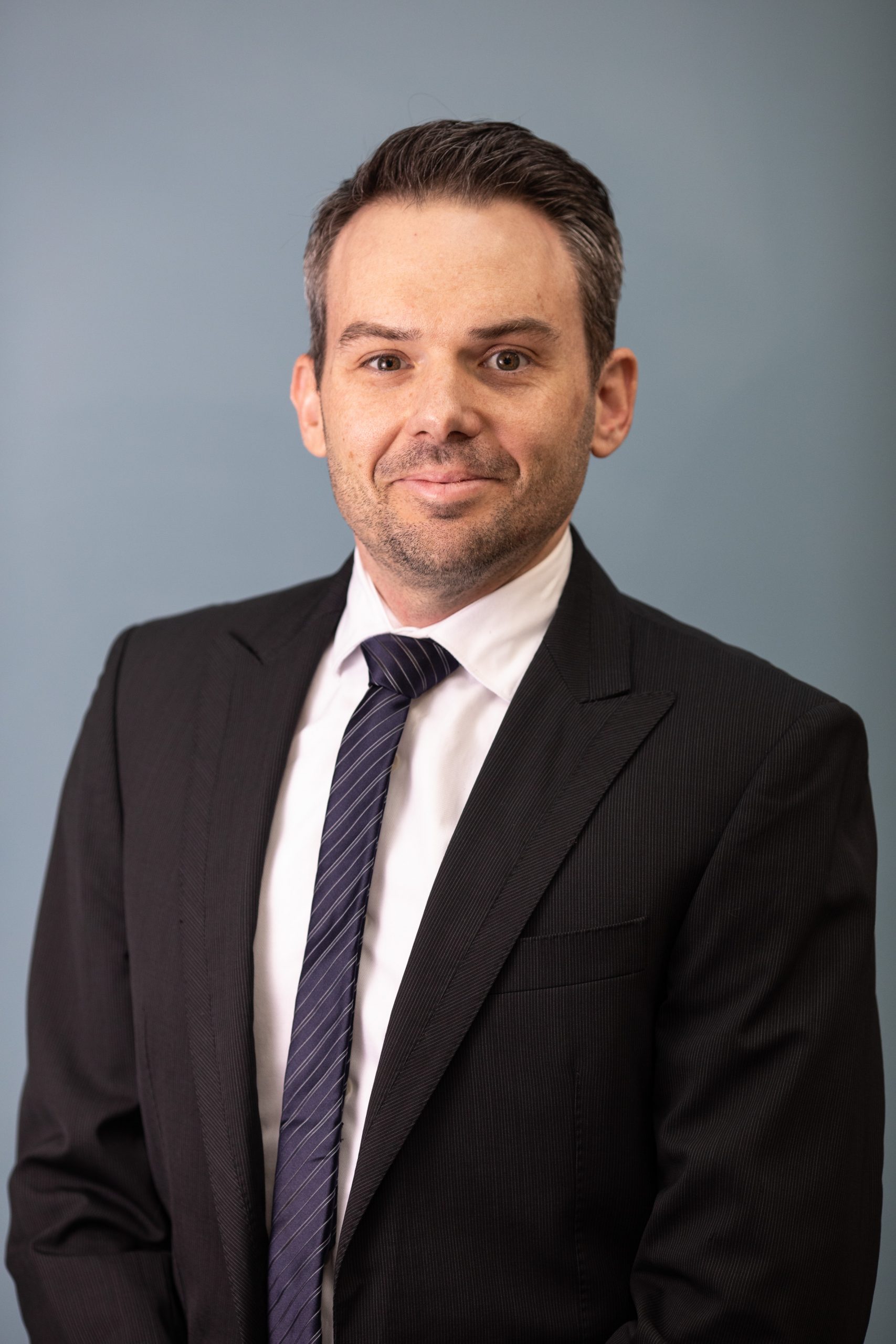 Ben is presently the Regional Vice President Asia Pacific for Valmont Industries, Inc (VMI), a corporation publicly traded on the NYSE that produces infrastructure products to support and enrich growing economies around the world. Valmont leads the world in water management for irrigation that helps agricultural producers produce more from their land. Previously, Ben was Sales and Marketing Manager AUS/NZ/PNG/Pacific Islands – Husqvarna Group. Ben is a Sales and marketing specialist with proven results in growing a business and building structure and process. He is renowned as a dynamic, entrepreneurial leader with a high level of commercial acumen, technical expertise and uncanny ability to develop successful marketing and branding strategies which consistently deliver transformational changes in business.

Quote: ‘Our farmers are some of, if not the hardest working Australians. Supporting Rural Aid to not only bring awareness to the greater Australian population around the importance of sustainable rural communities but also to provide support to our farmers in time of need is a truly special opportunity’. 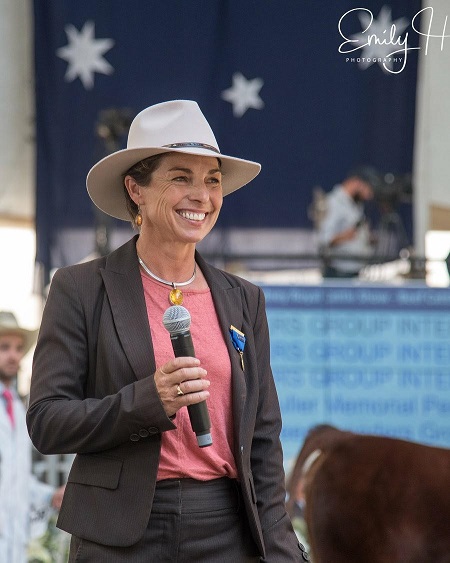 Erica started her working life as a jillaroo. Since 2016 in partnership with her husband, Erica has been running Ben Nevis Angus in Walcha NSW as stud master. Erica focusses on managing the genetics and marketing components of the business. She is also well renown for her business skillset as a facilitator, life coach and board member. As a fourth-generation cattle farmer, Erica understands the complexities and challenges of farming.

After studying agricultural economics, beef production and marketing, Erica worked holistically with farming families to balance the economics and financial landscapes to help ensure sustainability – on the land. Erica has been active on Boards since 2012, most recently as Vice-President on the Board of Directors of Angus Australia and has been a Director of the Australian Beef Industry Foundation, Australian Beef Association and Chairman of the NSW State Committee and New England Angus Breeders. She and her husband Stu won the prestigious Stewarts Award in recognition of their service to Angus Youth. Erica is also a sought-after guest speaker.

Quote: ‘In times of crisis, kindness is perhaps the greatest gift of all in whatever form it comes. I am honoured to be representing my rural counterparts and readily drive for long-term solutions that can propel rural Australians, to create a happy and sustainable life, for generations to come.’ 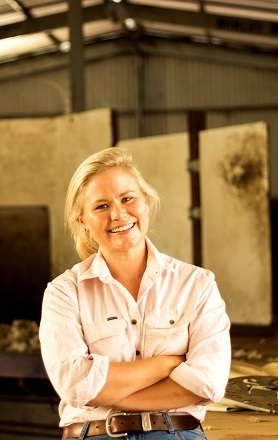 Born and raised on a mixed farming property in NSW, Airlie is the founder and managing director of Farm Table, a national agricultural knowledge sharing platform that helps bridge the digital divide, connecting farmers across generations and across the country. Named a Top 10 finalist in the Regional Australia Institute’s Lightbulb Moments competition, the Farm Table is an online hub that connects modern farmers with the latest research and resources, and to each other, to help them navigate the complexities of farming. As a result, Airlie understands the commitment required in a start-up business. She separates her time between running Farm Table and working in the family farming enterprises in Deniliquin and Holbrook.

Airlie studied commerce and political science at the University of Melbourne, completed her Masters of Food and Resources Economics in Canada, and was a Business Analyst with Macquarie Bank’s Paraway Pastoral Company – which operates 27 pastoral enterprises across Australia. Airlie also has experience as Drought Coordinator with Edward River Council NSW, as a researcher and columnist for Food Tank – Chicago, as well as an Economics and Policy Senior Consultant with Pricewaterhouse Coopers – Melbourne.

Quote: ‘Building the Farm Table from our farm in rural NSW has allowed me to pursue my professional, personal and farming dreams in an industry I love and owe so much. Supporting Australian businesses and celebrating rural communities is paramount to acknowledging and celebrating the backbone of our amazing country.’

“I wanted to take the time to write to sincerely thank you for your drought assistance. The gift cards that you sent were very much appreciated. As we are about to go into 8 years of drought with minimal to no useful rain in the past 2 years, things have been extremely difficult and it is also difficult to express how much the assistance / support is appreciated. Please pass on my sincere thank you to the citizens and businesses that have contributed to Rural Aid.”

“Words can’t express our gratitude for the support of ‘Rural Aid’, something we have never considered before. We have always ‘got by’, but our family suggested we apply for this. We are overwhelmed by this generosity, thanks again.”

“We just want to say a big thank you for the financial assistance that Rural Aid has recently given. We are extremely grateful and it certainly does make a difference.”